Sailing industry has some good sail boats launched in the year 2016. The boats are both high on performance as well as good in looks.  Five boats that have topped the list of 2016 best boats are Black Pearl, Barong D, Shamanna, My Song and Sybaris.

Black Pearl
Dykstra Naval Architect is the creator of this wonderful boat and Nuvolari is the designer.  Technically, this is the largest yacht in the world. The boat was launched in September 2016 and it will be seen sailing in 2018 early month. It will be empowered by DynaRig system.

Barong D
This is one of the best looking boats launched in the year 2016, the boat is the creation of Frers Naval Architect, and is currently based in Lefkas. It was launched in April of 2016. It attracted attention because of its deck design that has clean exterior and on-board system functional. The boat is made exclusively for Wally owners who are experienced. END_OF_DOCUMENT_TOKEN_TO_BE_REPLACED

Tom Slingsby will be taking over the role of the skipper for the Oracle Team USA when they take to the waters at the Louis Vuitton America’s Cup World Series in Toulon. The regular helmsman of the Oracle team Jimmy Spithill is suffering from the after effects of the surgery he had on his elbow and therefore cannot take part in the event. He does not want to risk another injury and therefore has decided to pass on the skipper’s baton to Olympic gold medalist Tom Slingsby.

The tactician Slingsby will find the going tough helming the Oracle team as he has not got any practice session with the team and sailing the AC45F catamarans before this weekend’s big event. The start is one of the most critical parts of the race and Slingsby will have to be on his toes to get the perfect start. He acknowledged that it was going to be a tough after having just a couple of few short practice sessions and two Scotland yacht charters. You should have the right feel of when you need to pull the trigger and he says that it needs practice to master the pull. END_OF_DOCUMENT_TOKEN_TO_BE_REPLACED

With the help of these sailing tips, you will literally enjoy sailing in the safest and fun way. You might really be surprised to know that it starts before you step into your sailboat. These are the little-known secrets for weekend cruising, day sailing or for offshore and coastal sailing.

Take Your Grab Bag
Carry your own ‘must have’ grab bag. Match the contents to the sailing type you do. This bag is the one thing you can have in emergency. If you want to leave the boat, you need some basic items like wallet, extra keys, change, cell phone, and ID to get your home safely. Pack your own belongings for safe sailing. END_OF_DOCUMENT_TOKEN_TO_BE_REPLACED

The new seventy meter sailing yacht Sybaris, from Perini Navi, has left the shed today – revealing her magnificent design – as construction phases go on the 2nd biggest Perini ever made. 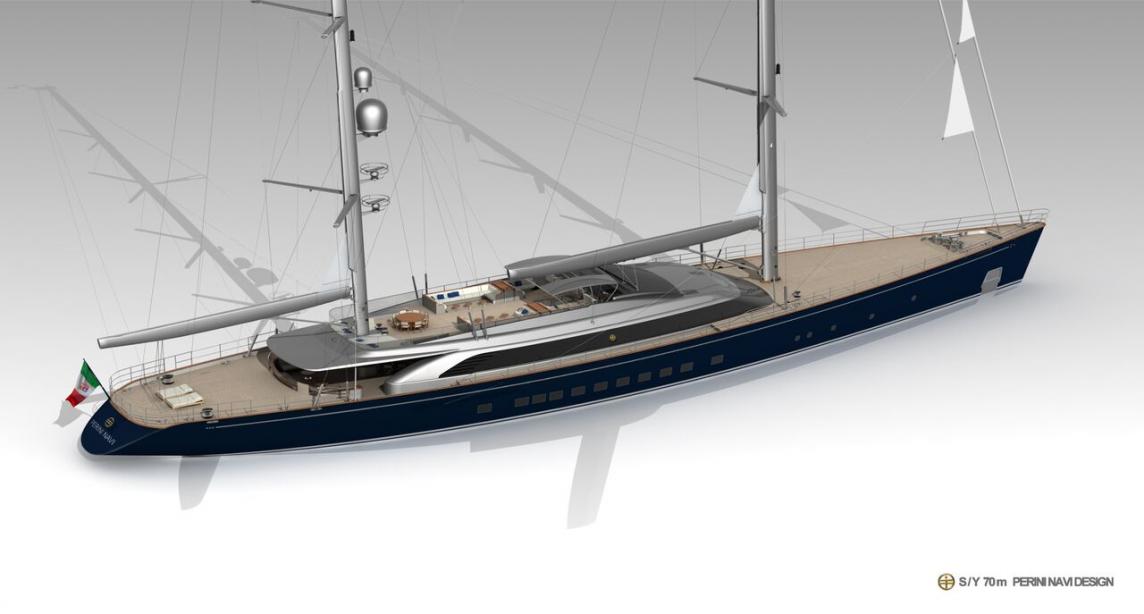 The dynamic and powerful lines of Sybaris – projected in house by Perini Navi Technical and Design office – are all set to boast unequaled sailing prowess thanks to Philippe Briand’s perceptivity into the sail plan and naval architecture. END_OF_DOCUMENT_TOKEN_TO_BE_REPLACED

Lipton Cup 2015’s Day 1 started in San Diego Bay with contestants from yacht clubs throughout the United States excited to be taking part in the lovely weather. The Race Committee was able to start the first race underway after an hour postponement with reproducible winds out of the Northwest at 5-10 knots.

St. Francis Yacht Club, the defending champ, leaped to an early lead with magnificent boat speed. They were able to cruise across the end line for the Race 1 victory. The second race shook up things as San Diego Yacht Club snatched the first spot, when New York Yacht Club made grand improvements from tenth in the 1st race to third in the 2nd. Newport Harbor Yacht Club was not able to keep their strong fourth spot from the 1st race as they fell back to twelfth in the second.

The winds went up for the third race, gusting at 12 to15 kts and kept steady the rest of the day, which helped the Croatia Bareboat charter team.

San Diego made on their success with a 2nd win. Larchmont jumped into the race with a second place end, improving from their earlier 7 and 4, when St. Francis ended strong again with a third spot. California Yacht Club revealed their skills in the fourth race by taking the lead at the 1st windward mark rounding as well as keeping it through the endline. San Francisco jumped up to second from the back of the fleet in the first 3 races and San Diego Yacht Club fell to third.

Gyeongnam Province is all set to see the 8th Yacht & Boat Korea and Sports Fair (i.e. the 2015 Yacht & Boat Korea) at the Changwon Exhibition Conventional Center. The event will take place from 30th April to 3rd May.

The event started its journey in 2007. The Yacht & Boat Korea’s contract performance built up to over 100 billion won. Previous year, as it joined International Federation of Boat Show Organizers, it turned into a certified as an international boat exhibit. END_OF_DOCUMENT_TOKEN_TO_BE_REPLACED